If you handle store receipts or use plastics (who doesn’t?), brace yourself for some disturbing new findings about BPA (bisphenol-A), the toxin in plastics and store receipts, especially if you have thyroid or hormone imbalances. 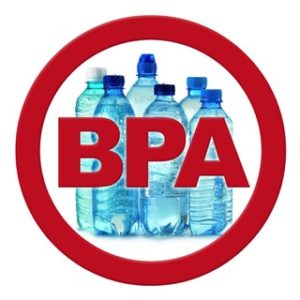 A new study shows BPA is linked with an autoimmune reaction that destroys the lining of nerves. Autoimmune nerve sheath degeneration is connected to autism spectrum disorders, multiple sclerosis (MS), neuropathy, and neurodegenerative disorders such as Parkinson’s disease.

Previous research has shown blood levels of BPA spike after handling store receipts for just five seconds, and that the toxin long lingers in the body.

If you already have autoimmune Hashimoto’s hypothyroidism, this already puts you at added risk for developing additional autoimmune reactions.

BPA and neurological autoimmunity when you have Hashimoto’s

A 2016 study found a significant link between an immune reaction to BPA and an autoimmune attack against nerve sheaths.

The important part about this study is that it’s based on immune sensitivity to BPA, not the amount of BPA in the blood.

A person can react to BPA the way people react to gluten, dairy, or other foods, developing inflammatory symptoms.

Animal studies also show a high degree of correlation between BPA and autoimmunity.

If you already have Hashimoto’s hypothyroidism, an autoimmune thyroid condition, you are already at added risk for developing another autoimmune disease due to immune dysregulation.

Other studies show subjects with autism have significantly higher levels of BPA in their blood than controls.

Most disturbing are the findings that immune reactions to BPA in mothers can be passed on to offspring, thus considerably raising the risk of autism in their children.

Other studies have shown an increased risk of autism in children born to women with Hashimoto’s hypothyroidism. This is why it’s so important to use functional medicine strategies to manage your autoimmune Hashimoto’s condition.

BPA is ubiquitous in our environment. The toxin is found in large amounts on thermal receipts used by stores, restaurants, gas stations, airlines, ATM machines, and so on. Holding one of these receipts for as little as five seconds is enough to absorb it into your bloodstream.

BPA in plastics and other products

BPA is found in many other common products as well, such as plastic food and beverage containers, toys, tin can linings, and medical products.

BPA is leached from products through heat or exposure to acidic foods or beverages.

BPA’s estrogen-like qualities have been shown to cause reproductive defects, cancer, and immune problems in animal studies. In the developing fetus, BPA can cause chromosomal errors, miscarriage, and genetic damage.

BPA-free is no guarantee when you have Hashimoto’s hypothyroidism

BPA-free products are available but many unfortunately still have synthetic estrogens and pose a health risk.

In addition to reducing exposure to BPA as much as possible, functional medicine strategies can help protect you from the negative effects of BPA. These same strategies are also vital to managing Hashimoto’s hypothyroidism.

The goal is to keep the immune system balanced and not prone to over reacting, which can trigger chemical sensitivities and autoimmunity. Ways to do this include an anti-inflammatory diet and lifestyle, shoring up your glutathione reserves to protect your cells, and making use of natural compounds to support neurological and immune health.

For more information about Hashimoto’s hypothyroidism and protecting yourself from toxicity, contact my office.