Gluten sensitivity is a real thing when you have Hashimoto’s

Research has confirmed what many people with Hashimoto’s hypothyroidism have long known: Gluten sensitivity is a real thing. 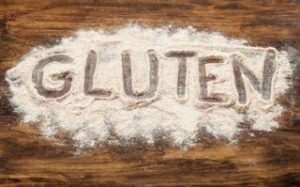 A Columbia University Medical Center study found gluten sensitivity is not an imagined condition, as many seem to think these days, and that celiac disease or a wheat allergy are not required to react to gluten.

This issue is especially important for people with Hashimoto’s, as the autoimmune thyroid disease has been linked with gluten in several studies.

In celiac disease, the immune response to gluten happens primarily in the small intestine.

With gluten sensitivity, however, the immune response is systemic, meaning the inflammatory cells travel in the bloodstream throughout the body. This explains why symptoms vary so widely.

Many people with Hashimoto’s hypothyroidism experience dramatic improvement on a gluten-free diet because it lowers overall inflammation.

Studies like this are important to help educate doctors that gluten sensitivity can cause chronic health problems.

Many doctors still believe that only celiac disease is to blame for a reaction to gluten. Because gluten sensitivity is largely dismissed and conventional testing for it is so inadequate, many patients unnecessarily suffer from undiagnosed gluten sensitivity.

For patients with Hashimoto’s hypothyroidism, this can mean needing to continually increase your thyroid medication dosage.

What’s worse, gluten is linked to many autoimmune diseases. An autoimmune disease is a condition in which the immune system attacks and destroys tissue in the body. One of the most common is Hashimoto’s hypothyroidism, but others include multiple sclerosis, and rheumatoid arthritis.

However, the tissue most commonly attacked in response to gluten sensitivity is neurological tissue.

In other words, your undiagnosed gluten sensitivity could be destroying your brain  This is why gluten causes brain-based disorders in many people.

Unmanaged Hashimoto’s hypothyroidism can also cause accelerated brain decline, so a gluten-free diet should always be part of autoimmune thyroid management.

Celiac disease was long thought to affect about 1 percent of the population, but newer research shows rates have gone up 700 percent in the last 50 years.

Also, numbers are likely even higher because testing for celiac disease is extremely stringent and outdated. (Diagnostic criteria were developed in Europe, where a celiac diagnosis qualifies one for disability payments.)

Most testing for gluten sensitivity is inaccurate as people can react to at least 12 different compounds in gluten. Standard tests only screen for one, alpha gliadin.

Also, many people have cross reactions to gluten, meaning they respond to other foods they eat as if it were gluten. Dairy is one of the most common of these. It’s important to test for cross-reactive foods and remove them from the diet along with gluten. It is common for people with Hashimoto’s to do best removing both gluten and dairy from the diet.

It’s also vital to be strict with food sensitivities as the occasional cheat can keep inflammation high and chances at symptom recovery low.

Ask my office for advice on the latest in testing for gluten sensitivity and managing Hashimoto’s hypothyroidism.