Got IBS, constipation, or diarrhea? SIBO can worsen Hashimoto’s hypothyroidism

Do you meet the criteria for irritable bowel syndrome (IBS) and can’t find relief?

Do you look pregnant thanks to a bloated belly? Are chronic diarrhea or constipation your constant companions? If so, you may be a victim of stubborn gut bacteria, also known as small intestinal bacterial overgrowth (SIBO). 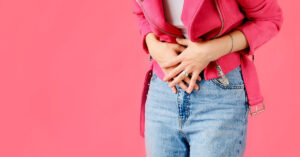 While a long list of symptoms accompany SIBO, its trademark symptoms are a chronically bloated, distended belly; gas, which can cause flatulence, belching, or both; and a tendency toward chronic diarrhea, constipation, or both.

The entire gastrointestinal (GI) tract contains bacteria, both good and bad. The small intestine contains bacteria different from that of the large intestine. In the case of SIBO, the small intestine contains too much bacteria, and these bacteria more closely resemble the bacteria of the colon. These bacteria consume sugars and carbohydrates, producing large amounts of gas. Not only does this gas cause bloating, belching, and flatulence, it is also behind chronic cases of constipation and diarrhea (depending on the type of gas produced).

In addition to producing gas, the bacteria create byproducts that irritate and damage the lining of the GI tract. This damage causes intestinal permeability, or “leaky gut,” a condition in which the lining of the intestine becomes damaged and overly porous, allowing undigested foods, infectious bacteria, and other pathogens into the bloodstream. This creates inflammation in the GI tract and throughout the body. And because the bacteria digest foods normally meant for the intestine to absorb, nutrient deficiencies and malabsorption are common side effects with SIBO.

Leaky gut is a known promoter of autoimmune disease, including Hashimoto’s hypothyroidism.

SIBO linked with restless leg syndrome and other neurological conditions

In addition to causing gastric complaints, SIBO is linked with neurological and cognitive symptoms. One of the best known is a condition called restless leg syndrome.

How to manage SIBO to help control Hashimoto’s hypothyroidism

Diagnosing SIBO involves a hydrogen breath test, which has the patient ingesting sugar solutions and giving breath samples over a period of several hours. Although experts debate its validity, clinicians report hydrogen breath test results often correspond with symptoms. Standard medical treatment of SIBO, which includes expensive antibiotics, has a good success rate, but patients can relapse if they do not take preventive measures after treatment. Anecdotal reports show success using herbal antibiotics, although there are no published studies. A medical fast using a nutrition drink for two to three weeks shows a good success rate, as it starves the bacteria. But because no eating is allowed during the fast, many find it too challenging a remedy.

The Specific Carbohydrate Diet and Gut and Psychology Diet, which are widely touted online, also aim to starve the bacteria by eliminating foods the bacteria need to survive: all grains, most legumes, all sugars and sweeteners excluding honey, and starchy vegetables. Both diets require strict adherence for a full year after the resolution of symptoms. In real terms, this could mean being on the diet for up to four years.

The good thing about these two diets is that they are virtually identical to diets used to manage autoimmune disease and chronic inflammation, and can thus address far more than SIBO. The autoimmune diet for Hashimoto’s hypothyroidism diet also will help with SIBO.

Want to learn more – and learn how to start correcting your SIBO and leaky gut? Contact our team to setup a free phone consultation to discuss our strategies!