Why health depends on a healthy relationship

Although we’ve all read the stories about marriage being good for your health, a bad marriage is just as bad your health! 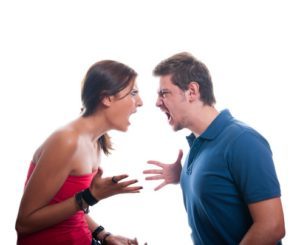 In fact, bad marriages are far worse for you than healthy marriages are good for you. In other words, if your marriage is a constant stressor, you’ll lower your risk of chronic disease either going it alone or doing the work to make the marriage a good one. What’s more, the risks are higher for women.

When you have thyroid or hormone issues, this spells trouble for managing your autoimmune thyroid condition. Effective autoimmune disease management requires, among other things, reducing stress.

Contemporary studies show marriage lowers your risk of many modern ailments, including heart disease, cancer, and even dementia. Why? Research into adult attachment shows humans are hardwired to depend on a significant other as a matter of survival. Though we may think it’s about love and romance, to the human brain, a long-term relationship is the difference between life and death.

However, these benefits don’t extend to troubled relationships. It’s the human body’s life-or-death approach to relationships that also makes a bad marriage a health risk. One study went so far as to show a bad marriage entails the same risks as smoking, and another showed being single is healthier than having married and divorced, prompting researchers to encourage people to try and make a bad marriage good again.

These are important issues to look at honestly if you have an autoimmune disorder. If you’re doing everything right but your health is not improving, could an unhealthy marriage be the reason why?

When researchers analyzed blood samples of unhappy couples immediately after a big fight, they saw a significant decline in immune function, with the biggest drops happening in those whose fights were the most hostile. Fighting couples also showed slower wound healing.

Fighting and hostility in a relationship both depress immune function and promote inflammation, particularly for women, raising disease risk.

Constant fighting and bickering with your spouse can trigger inflammation and exacerbate autoimmune symptoms. Investing in couples’ therapy to bring more harmony to the household may be helpful to improve your autoimmune thyroid condition.

For women, the biggest predictor of health risk is lack of warmth and openness from her partner. For instance, small cues during an argument (a term of endearment or a squeeze of the hand) gives a woman the reassurance she and her partner are still connected.

As Hashimoto’s hypothyroidism affects predominantly women, this may be a problem spot in a marriage that could be affecting your thyroid.

Men, on the other hand, are triggered by battles for control and use of controlling language.

Either way, hostile fighting turns out to be as predictive of heart disease in women and men as a history of smoking. The key isn’t to stop the inevitable arguments, but rather to learn how to fight in a more thoughtful manner that doesn’t trigger the subconscious, immune-sabotaging threat to survival.

Why health depends on a healthy relationship

Healthy relationships are good for us because they give the survival-wired brain back-up during times of stress. Affection from a caring partner during a stressful time helps you regulate negative emotions, relieving the brain of the need to do it all alone, and thus buffering the body from the detrimental impacts of stress.

These are the types of physiological responses that can also help dampen the autoimmune flare-ups and symptoms of Hashimoto’s hypothyroidism.

Even the best of marriages will have conflict. The key is to use those times to repair and strengthen the relationship rather than damage it.

Effective Hashimoto’s hypothyroidism management could depend on it.