What is glutathione recycling? The term “antioxidant” has become popular in a multitude of products from acai to dark chocolate, but the most important antioxidant is the one made by your body: glutathione. Sufficient glutathione is vital for combating autoimmune diseases such as Hashimoto’s hypothyroidism.

Glutathione is a molecule that protects the body in many ways. It shields cells from damage caused by oxidation and inflammation, it aids in detoxification, and it helps the immune system function at its best. 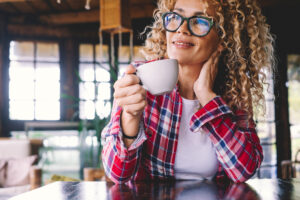 When glutathione production drops, you are more vulnerable to:

When we are healthy, our bodies make enough glutathione to protect us. However, chronic stress, whether it is from toxins, poor diet, sleep deprivation, smoking, excess sugar, or other stressors, eventually exhausts glutathione levels. Glutathione levels also decrease gradually as a result of aging.

To raise glutathione levels inside the cells, where it can protect the cells’ energy-producing factories called “mitochondria,” you must enhance your body’s ability to recycle glutathione. Recycling glutathione means taking glutathione that has already been used and rebuilding it so it’s ready for action again.

One of the most important steps to enhance glutathione recycling is to remove stressors that deplete glutathione levels. These may include lack of sleep, smoking, food intolerances, diets high in sugars and processed foods, excess alcohol intake, and metabolic imbalances, such as with the hormones or immune system.

If you have Hashimoto’s hypothyroidism, this also means going on a strict gluten-free diet, as many studies show a connection between the autoimmune thyroid disease and a gluten intolerance or celiac disease.

Beyond that, a variety of nutritional and botanical compounds have been shown to support glutathione recycling. They include:

Contact my team for advice on how you can support your glutathione recycling system. Or, click here to schedule a free, 30-minute clarity call with Dr. Labbe to get started!