Do You Still Have Hypothyroid Symptoms Despite Treatment? 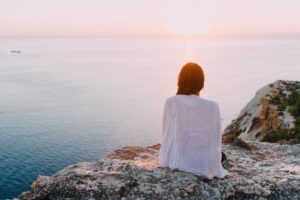 For most Americans, thyroid hormones miss the true cause of hypothyroidism

Doctors diagnosed Alaina,* 45, with hypothyroidism ten years ago. Despite taking thyroid hormone medication, her symptoms of fatigue, depression, weight gain, and brain fog increasingly worsened over the years. To make it through her days as a flight attendant she drank caffeinated tea and energy drinks, even though they gave her migraines. On her days off she spent all night and day in bed sleeping. Her memory was slipping, and she found it increasingly difficult to concentrate.

Alaina happened to be working during a flight I was on when she spied some nutritional supplements in my bag and asked me some health questions. I told Alaina that hypothyroidism was extremely common, affecting an estimated 27 million Americans, most of them women. I also told her that 90 percent of hypothyroid cases in the United States are caused by Hashimoto’s, an autoimmune disease that attacks and destroys the thyroid gland. Although thyroid medications are often necessary to maintain thyroid function, they do nothing to address the immune system’s relentless attack against the thyroid gland. As a result, thyroid function worsens and people such as Alaina wonder why they feel lousier and lousier, even though they’re taking thyroid medication. A month later Alaina came to see me as a patient.

Then I approached her autoimmune disease from several different angles, using natural medicine. The first was to address her diet.

Going gluten-free: a cornerstone to success

Numerous studies from several different countries show a strong link between Hashimoto’s and gluten, the protein found in wheat, barley, rye, oats, spelt, and other wheat-like grains. Researchers believe this may partly be a case of mistaken identity: the gluten molecule closely resembles thyroid tissue. When the immune system attacks gluten, it inadvertently attacks thyroid tissue as well. Studies also show those with a gluten intolerance are genetically more prone to Hashimoto’s disease. Add to this that gluten has been shown to be very pro-inflammatory, damaging to the gut, and linked with numerous other autoimmune diseases, and a gluten-free diet quickly emerges as an integral part of the protocol.

Alaina cried for two days after I told her to give up gluten. She had just lost her mother and all her favorite comfort foods contained gluten. Nevertheless, she followed my advice and was amazed to find she felt significantly better within three days of going on a gluten-free diet.

“Dr. Labbe told me I would feel like a million bucks, and I was like, ‘Yeah, right,’” says Alaina. “She was right! Going gluten-free was hard at first, but I was very shocked how quickly I started to feel better.”

Why Hashimoto’s is an immune disease, not a thyroid disease

A gluten-free diet is necessary to quench Hashimoto’s, but other steps are vital as well. They include getting adequate amounts of vitamin D and fish or krill oil, and loading up on glutathione, the body’s most powerful antioxidant. I gave Alaina glutathione in a cream as it is better absorbed applied to the skin than if taken orally.

Next I had to figure out how specifically to balance Alaina’s immune system. An autoimmune disease, such as Hashimoto’s, indicates the immune system is wildly out of balance. I use lab tests and other evaluations to determine the specific nature of this imbalance, and then restore that balance with specific nutritional compounds. These principles are explained further in my Amazon Best Seller, Thyroid and Menopause Madness…Why it Feels Like You Are Falling Apart and What You Can Do About It.

A dramatic turn-around in just one month

As she adapted the protocol, Alaina quickly lost seven pounds, her migraines diminished, and her high blood pressure returned to normal. Though she had been taking the same dose of thyroid medication for ten years, she found she needed to lower her dose after just one month of working with me. Most importantly for Alaina, the problems she had been having with fatigue and depression disappeared.

“Since turning my health around I have picked up a lot of overtime,” says Alaina. “At the end of a ten-hour work day my coworkers are all exhausted, but I’m like the Energizer Bunny, ready to keep going.”

Check out some powerful thyroid truths in my guide here!

*Not her real name