As we continue to learn how important healthy gut bacteria is for managing thyroid and hormone imbalances, interest in cultivating a rich and diverse “gut microbiome” grows. One important tool in this quest are spore-based probiotic supplements. “Spore” is derived from the word “seed,” and spore-based probiotics are a hardy delivery system that germinate in the small intestine and help you colonize your gut with more healthy bacteria. This helps repair leaky gut and regulate the immune system so you can better dampen autoimmune diseases. 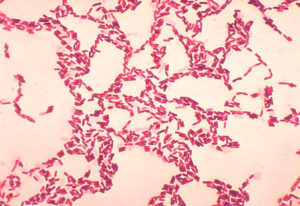 Modern humans face many challenges to developing and maintaining healthy gut bacteria. In fact, studies of primitive people who live much like our hunter gatherer ancestors did show their guts have about 50 percent more diversity in gut bacteria than the average American. Researchers are finding this lack of microbiome diversity plays a role in many chronic health and brain disorders, including depression and autoimmune diseases such as Hashimoto’s hypothyroidism.

Low-fiber, junk food diets, antibiotic overuse, chlorinated water, heavy environmental toxin and pollution loads, chronic stress, alcohol, and various medications all play a role in reducing the diversity and amount of beneficial gut bacteria. As a result, opportunistic and infectious “bad” gut bacteria are able to more easily conquer the gut. This weakens the gut lining, increases inflammation, promotes brain and mood disorders, and leads to the triggering of autoimmune conditions such as Hashimoto’s.

There are many ways we can build a healthy and diverse population of gut bacteria. The most important is to eat a whole foods diet that is predominantly vegetables and fruits. It’s important to vary the kind of produce you eat regularly. It’s also helpful to include cultured and fermented foods and take probiotics. Also, avoid drugs such as antibiotics, NSAIDs, and heartburn medication as much as possible.

Given the challenges the modern gut faces, it’s not a bad idea to make probiotics a part of your routine, especially if you have Hashimoto’s hypothyroidism. This is where spore-based probiotics come in.

Once in the small intestine, spore-based probiotics can germinate if you provide the right environment with plenty of plant fiber — which in itself is another great strategy to help dampen Hashimoto’s autoimmunity.

Spore probiotics and healthy gut bacteria in general can help improve your health in several ways. They improve the health and integrity of the lining of the small intestine. This lining contains not only bacteria but also plenty of immune cells to defend the bloodstream from bad bacteria, yeast, toxins, undigested foods, and other pathogens that can trigger inflammation if they make their way through the gut lining into the bloodstream. This is called leaky gut and it plays a large role in hypothyroidism.

For instance, one strain of spore-based probiotic, bacillus coagulans, has been well studied for its beneficial effect on irritable bowel syndrome (IBS) and Crohn’s disease. Bacillus coagulans produces lactic acid, which has been shown to help protect the gut and boost immune resistance to viruses. It has also been shown to lower cholesterol and reduce pain and stiffness associated with arthritis.

Contact our team for more information on how to support healthy gut bacteria, eradicate bad bacteria, and manage Hashimoto’s hypothyroidism.