Is gluten-free is a fad? Not if you have thyroid disease!

You’d have to live under a rock to not recognize the popularity of gluten-free diets by now. But if you think going gluten-free is just another fad, think again. Although it may be a passing fad for some, a gluten-free diet is extremely important for those with thyroid disease. 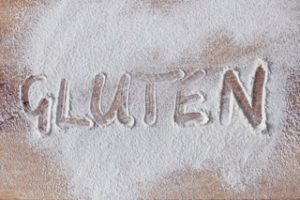 The benefits, which attain almost miraculous heights for some people, vary depending on the person. However, a number of studies and countless anecdotes show a strong link between thyroid disease and gluten sensitivity.

A gluten sensitivity is not a one-size-fits-all disorder with requisite symptoms. Contrary to popular belief, it does not simply cause digestive complaints (although it does cause severe digestive distress for many).

Though it can cause myriad symptoms, it is linked to thyroid destruction in people with thyroid disease, due to autoimmune attacks.

In fact, one of the most common consequences of a gluten intolerance are symptoms that express themselves neurologically, and even these can vary.

Many people with thyroid disease notice neurological effects with gluten.

The part of the brain most commonly affected by a gluten intolerance is the cerebellum, the area at the back of the brain that controls motor movements and balance. This can cause issues with balance, vertigo, nausea, car sickness and sea sickness, and getting dizzy or nauseous looking at fast-moving images or objects.

Also commonly affected are the protective coating of nerves called myelin. As damage to myelin progresses one can develop multiple-sclerosis type symptoms such as numbness, tingling or muscle weakness.

How a person with a neurological response to gluten reacts depends on that person’s genetic makeup.

Researchers have found that the autoimmune mechanism that causes the immune system to attack the thyroid gland also causes the attack and destruction of brain tissue in some people with thyroid disease. Because gluten can trigger this mechanism, it’s important to avoid.

Other common symptoms caused by gluten in those with thyroid diseases

For others the reactions to gluten manifest elsewhere in the body. Some common symptoms include skin disorders (i.e., eczema, psoriasis, rosacea, dermatitis herpetiformis), joint pain, digestive problems, and autoimmune diseases such as Hashimoto’s hypothyroidism.

Why does gluten cause such diverse symptoms?

The symptoms of a gluten intolerance vary from person to person because of its effects on the immune system and brain.

Gluten is inflammatory and damaging to the gut, causing leaky gut in many people. The gut is the seat of the immune system, and also communicates intimately with the brain.

When the gut is constantly inflamed and becomes leaky (even though one might not have digestive symptoms), this increases overall inflammation in the body and the brain.

Increased inflammation not only gives rise to myriad disorders on its own, it also increases the risk of developing an autoimmune disorder. This is a disorder in which an imbalanced immune system mistakenly attacks and destroys tissue in the body, such as the brain, the thyroid, the pancreas, joint cartilage, and more.

Increased inflammation not only gives rise to myriad disorders on its own, it also increases the risk of developing autoimmune disorders such as Hashimoto’s hypothyroidism.

When it comes to autoimmune diseases, no tissue in the body or brain is safe from an overzealous immune system deranged by constant inflammation. The rates of autoimmune diseases have exploded in recent years, and most are yet undiagnosed — meaning years of chronic and “mysterious” symptoms.

If you suffer from troubling and chronic symptoms, it is definitely worth considering an intolerance to gluten and other common trigger foods, such as dairy, eggs, soy, and different grains. Although giving up a favorite food is rarely easy, getting back your health is always wonderful.

Contact our team for more advice on how to manage a chronic health disorder and how to adjust your diet to support your health.