Can stress cause your baby’s allergies?

A calm, healthy pregnancy and postpartum period could reduce the risk of allergies in your baby, according to a new Swedish study. 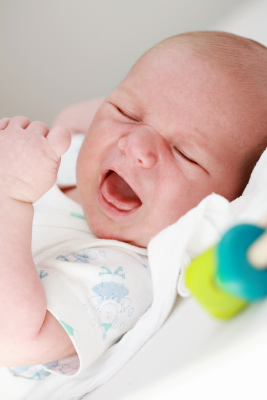 Researchers found infants with lower levels of cortisol, an adrenal hormone released in response to stress, developed fewer allergies than other infants.

The researchers believe environmental and lifestyle factors during pregnancy and early infancy raise adrenal cortisol levels, which increases the risk of allergies.

Studies show high cortisol in a pregnant mother raises levels of the hormone in the fetus.

Stress isn’t just about too much to do on too little sleep (although that is certainly a factor).

Factors that cause high adrenal cortisol

Common factors that elevate cortisol are:

The rate of allergies has risen sharply in the United States. About 54 percent of Americans are allergic to at least one thing, an up to five-fold increase the late 1970s. The number of children with food allergies has risen 18 percent since the late 90s; witness the prevalence of peanut-free classrooms.

The best thing a mother can do to reduce the risk of allergies in her child is to address her own health and nutrition before conception.

An adrenal saliva test is a good way to measure whether cortisol levels are normal. A mother’s health before conception and during pregnancy greatly influences the health of her baby.

Stress is a fact of life for us all. How have you managed to lower stress levels during pregnancy?